And the winner is...

WSA. What is World Summit Award?

The World Summit Award contests are held to make inventors share their awesome ideas, based on best e-content and ICT applications.
The best ideas will be selected as winners of a World Summit Award.
Everyone around the globe can join and send their app or content.
It is all about sharing and making the world a more innovative place.
The WSA was initiated in Austria in 2003. That’s where it all started. At first they only had an e-content contest, but as of 2010 there is also a mobile apps contest.
This is because the digital world is changing and mobile cellphones. Tablets and apps are becoming a crucial part of the digital empire.

E- Entertainment & Games
So I did some research on the website pages of WSA e-content and WSA mobile content, to see what is going on in the world of Entertainment and Games.
I went trough all of the 35 winners, starting from 2003 until the winners of last year, 2012.
It was very interesting to see what kind of e-content or apps were made throughout the years.
What surprised me is that some products got very big while others don’t even exist anymore. It is like they have fallen of the face of the earth since winning the WSA award.
This shows us that, even if you have won an international award, it is still really hard to get trough the competition in the gaming & entertainment world.
It also shows us that this category is very big and booming. Great ideas won’t make it because there is just so much to choose from nowadays.

Trends
Making a time travel in the world of e-entertainment & games made me discover some trends.
I will be so kind to share them with you, starting with;
Tadadada….. Social Media. Not really surprising is it?
It immediately caught my eye that around 2008/2009 the WSA winners were also online at Facebook. This did not happen before 2008. This seems logical because Facebook was publicly open to join in 2006. In the beginning the popular (English) social media site was only translated in Spanish, French and German. Around 2008 a whole lot more countries were able to use Facebook in their foreign language. So it makes perfect sense for the WSA winners to start using Facebook around 2008/2009. For example, Desert Rebel, Casebook and Streetdance school The Centre were earlybirds. Facebook was not that big at that time as it is now. It is good to see that they were using it though; they should be the ones to see trends coming. And after the WSA edition of 2009, you see that almost every winner has a Facebook or Twitter page about his/her product.

Another trend I have seen is the possibility to interact with other people online. In a lot of games or websites, there is a chat or forum function so that it’s always possible to have a conversation with another gamer.
You can see this in My Machine, Casebook, Xplus, Wreckamovie. (Ultimate example!!)
Most of these winners were from the WSA 2009 edition. This is a little bit strange to me, because the online forums existed way earlier already. I think they became popular around 2009 because then, people were finally used to using the internet. They didn’t go to the library anymore when they needed information, they used Wikipedia. And then the next step was asking other internet users questions about, well, almost everything.  This happened on all kinds of forums.

I thought 2007 was a bad year for WSA. I found that the products of the winners of the e-entertainment and games section from this year were simple.
They weren’t that innovative as the years before and after 2007.
I found that, for example; Desert Rebel, Boys and Girls and Binar e-world weren’t really WSA worthy. They all weren’t really new concepts or had a stunning design, a different content or great interactivity. While for example the Dvd-kids product of 2005 was way more innovative, had a great design and just had way more to offer. I think it is a trend that 2007 was not that successful, but I can’t seem to figure out why. It might have something to do with the financial crisis that started in 2007 with the stagnated home market in the US.


Interactivity is another trend that is still getting bigger everyday.
I saw it in some winning products in 2007,
but it really became an important factor in games/apps from 2009- now on.
I loved the game ‘My name is Haas’.  I think it is really interactive, because you design the entire game by your drawings. Also Wreckamovie is very interactive, as well as Sumo, Joytunes, Casebook, Starwalk and Sekai Camera. All of these winners are from the 2009-2012 editions. I think interactivity became a big hit because of the release and success of the Xbox Kinect.(2010) The developments in the ICT world make it possible to be interactive, and especially with games it is a very important factor, because it makes the game way more fun and less predictable and tedious. 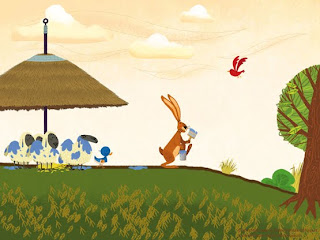 Wow, I have been talking way too long already. But there were some more trends within the WSA winners that I’ve noticed which I will write down in short:

The future
What I think that will be the next trend for 2014 is virtual reality. As I have researched on the WSA page, interactivity is important and the opportunities are growing. Movement games with a webcam/recorder/kinect, games that you play by using your own body are very hot as well.
And let’s not forget 3D-movies and televisions! Almost every movie in the cinema is in 3D nowadays. Even the older ones are getting a make over in 3D!
And because they are always researching and developing virtual reality games for over a decade now, I think it is about time that it’ll get huge. Cool vid: virtual game 2012 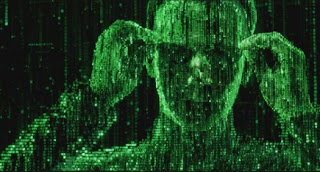 Pic: Virtual Future
I say, 2014 is the year for virtual reality!